A spectacular Welsh dragon sculpture has returned to the Cambrian Coast where he is set to guard a new caravan park in the shadow of an ancient castle.

The eye-catching 16-foot long, 11ft high and 10ft wide metal dragon, named Dewi, has spent the winter on a pampering holiday over the border in England, but he’s now back in Harlech looking better than ever.

Dewi has moved a few hundred yards to a new home, however, as he has taken up residence on Castle View Holiday Home Park, which nestles next door to his previous perch at the award-winning Min-y-Don Holiday Home and Touring Park.

The new caravan park is being redeveloped in two phases at a cost of £2 million to create 60 caravan holiday home pitches.

Salop Leisure, which has commissioned impressive metal sculptures for its headquarters and four caravan parks, is now in the process of ordering a new showpiece. No final decision has been made but one of the options for the entrance to the Emstrey headquarters is a giant dragonfly.

The sculptures are made by Marche Studios at Ford, near Shrewsbury who have already made two eagles, one of which guards the entrance to Morbyn Isaf Holiday Home and Touring Park, near Machynlleth and a leaping salmon and oak tree for Seven Oaks Holiday Home Park at Crew Green, near Shrewsbury.

“The sculptures are a point of difference on our parks and are appreciated by our customers,” said Salop Leisure’s chairman Tony Bywater.

“The sculptures are a very worthwhile investment in works of art and to date we have spent around £60,000 on them.

“Dewi has turned heads and been a real talking point wherever he has been and we are delighted that he’s now back in Harlech looking better than ever after his winter pampering. He looks fantastic set against the backdrop of Harlech Castle, which is a World Heritage site.”

Dewi became a major tourist attraction when he was initially based at Salop Leisure’s roadside headquarters at Emstrey and has been popular with visitors to Harlech since 2011.

The dragon took 732 hours to be crafted and comprises 2,500 different sized scales welded onto a frame. The scales, cut from 78 square metres of sheet metal, were polished and given 12 coats of lacquer. Now it’s time for Dewi to have a makeover. 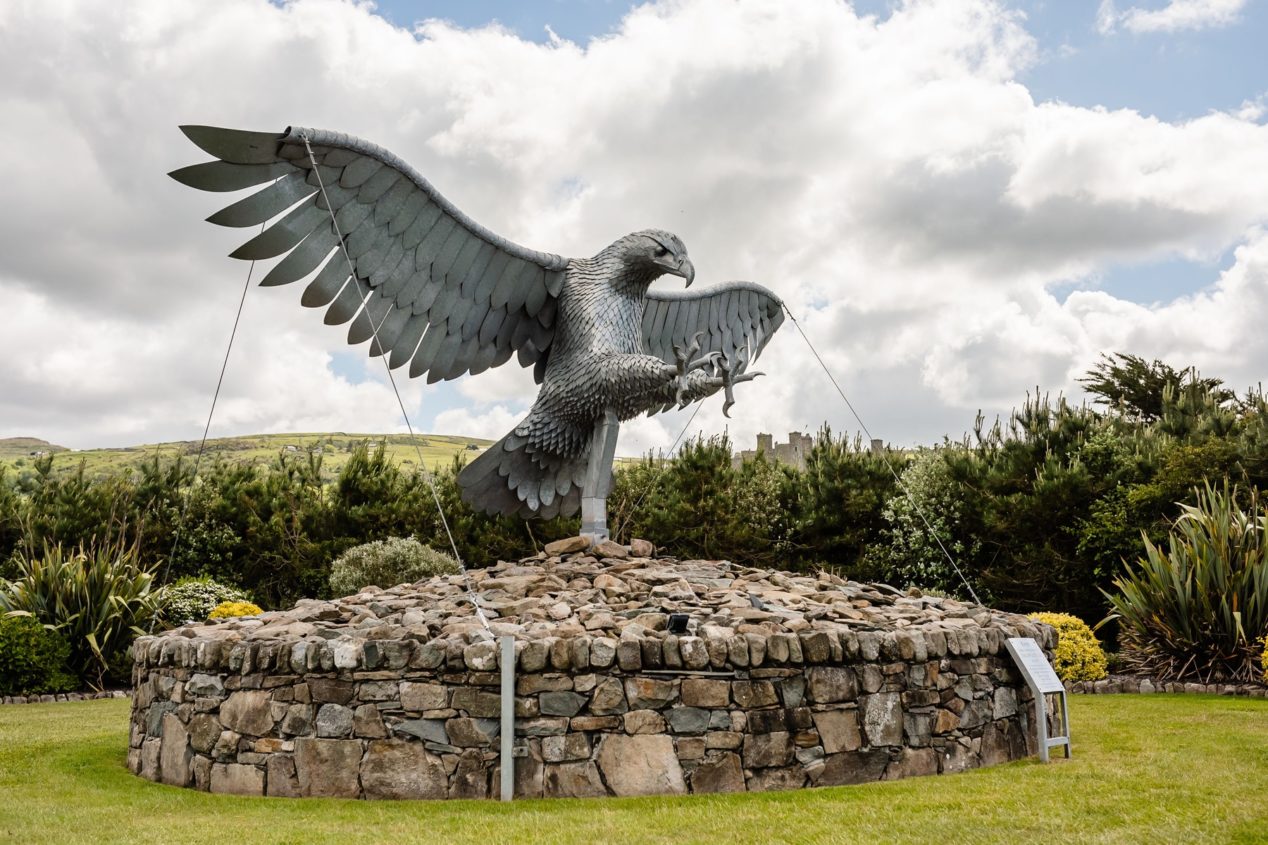 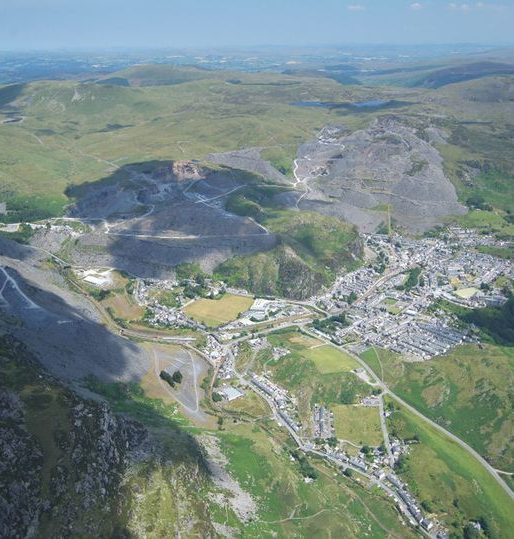 Gwynedd Council’s cabinet has backed the submission of a formal application for the county’s historic slate communities to be given UNESCO world heritage status. 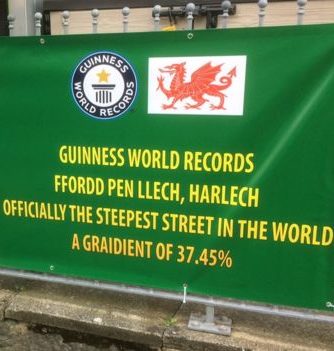 Street in Harlech, is the Steepest Street in the World

Ffordd Pen Llech, a street in north Wales has been declared the steepest in the world.